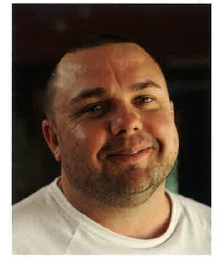 I have always been able to create, either sketching or writing or painting, but officially and seriously I have been painting since 2006. My early efforts at art were noticed during my school years, during which time I entered two pieces in the local Uralla Show where I won my age group. Several years later I tried again and came second in the sketching and drawing section. I am a self-taught artist.

My Aboriginal ancestry comes from my mother, last name Murray. Her parents were William (Bill) and Valerie(Val) Murray (both deceased) of the Anaiwan People (Nganyaywana Language) of the New England area where I grew up with my four sisters. I also have Irish and Welsh heritage from both sides of the family.

I am inspired by the act of creating… by design elements and stories form my hometown. I was not taught a lot about my culture and my family never talked about my Aboriginal heritage so I am exploring it now.

If I were to give any advice to artists starting out it would be “go for it”. Create from your inspiration and just do it.